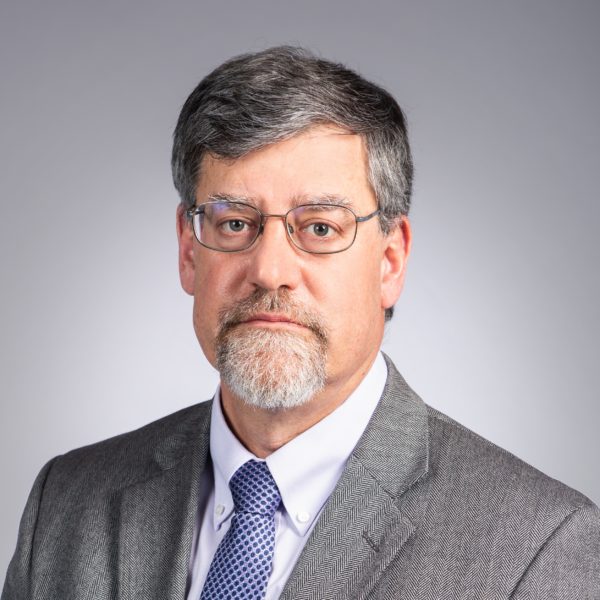 Dr. Robertson is executive director at the MU Research Reactor (MURR®), which he likens to a mini national laboratory due to the quantity and quality of research conducted. Robertson oversees all aspects of the reactor including MURR’s contribution to the university’s research, education and economic development missions.

Robertson’s own research uses the unique properties of the nucleus to investigate chemical processes. Knowing that nuclear weapons testing in the late 1950s and early 1960s increased the amount of carbon-14 in the atmosphere, Robertson measured carbon-14 levels in the brains of Alzheimer’s patients. He was able to document the chronology of abnormal brain formations — a finding which can help neuroscientists better understand how the disease develops.

Robertson also works to develop isotopes for various applications including cancer therapy, nuclear batteries and nuclear forensics. Additionally, he uses radiochemical techniques for a wide array of projects, from analyzing fine airborne particulate matter for environmental safety to categorizing Native American artifacts to help reconstruct ancient trade and travel routes. He has published more than 200 papers, and his publications have been cited more than 9,000 times.

Dr. J. David Robertson holds appointments at MURR and in the College of Arts and Science. He is a fellow of the American Chemical Society.